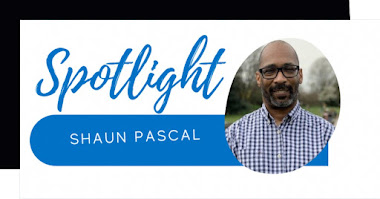 When a passion is ignited deep within you, even starting at a very young
age, it will continue to grow. Detective Constable Shaun Pascal knows this
feeling very well, since his passion was ignited at the young age of five.
Although his road was not easy, his passion never dwindled.
Due to the stigma associated with the police force in Shaun’s community,
as a teenager he felt discouraged about pursuing his dream. The thing he
wanted most, to join the force, he was now questioning. It was 2004 when
Shaun received the final push he needed. This particular inspirational push
came from an older colleague who had worked on the force. After
considering things, he finally took the leap. Even though he struggled at
first, he persevered through to the end, completing all his training and
exams. It was at the end where his family was able to proudly watch him
march in his uniform for the first time.
As a member of the Metropolitan Police Force for 17 ½ years, Shaun is still
motivated to make a difference. He strives daily to bridge the gap between
the force and the community. Shaun’s purpose on the force is to serve the
‘whole’ community, not just part of it. If he sees something wrong inside or
out of the Metropolitan Police Force, he has made it his duty to take a
stand. Shaun hopes his presentce on the force and in the community will
lay a foundation that paves the way for the next generation.
There came a time in Shaun‘s life, five years ago to be exact, when he
realize something about people. It dawned on him that people did not Think
the way he did, nor did they see things the way he did. He felt the Black
community needed a platform that creates equal opportunities and
educates on our history as seen through our eyes. He stated that during his
entire life, he watched mainstream media portray Black people as
criminals. Shaun then began questioning where the media was that puts out the Black community’s perspectives, values and interests? When he
took these issues to the people in the media industry, what he received was
a whole lot of blank stares.
He knew that before we could educate others, we first needed to educate
ourselves. This includes the process to heal all the trauma we have been
through as a community. It was then he decided he could and would take
on this venture himself. Shaun then created and co-founded Black Wall
Street Media. He did this by recruiting various global majority ethnic media
organisations and influencers, bringing them together to create a Black
empire as a community. Shaun continually searches for resources and
brings them to this platform, so the profits can be used to give back to the
Black community. This would create entrepreneurs, sustainability, the ability
to acquire equity, and to have a voice.
Shaun’s message to the youth:
Understand your worth; know you are very valuable and very much in
demand in terms of jobs and the future.
You must not sell yourself short, but be sure to work hard.
Do not see things as a failure, rather look at them as lessons to learn
from.
Learn your craft, your history, and most importantly find out who you are.

Popular posts from this blog